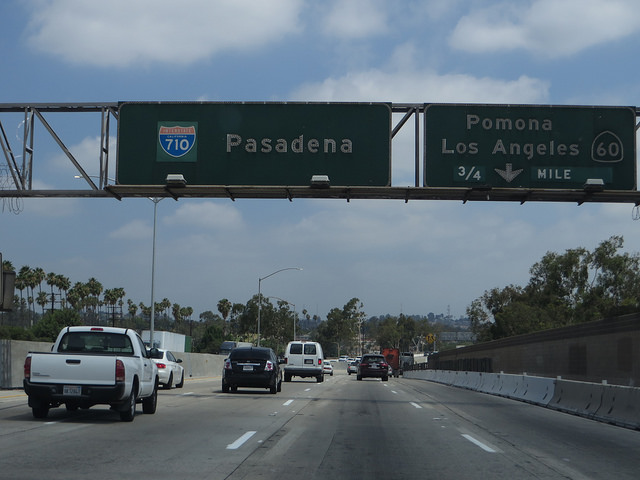 The stub of Route 710 in Pasadena is one of America’s ten worst urban highways and could be removed to fight pollution, ease traffic, and improve walkability and health, a new national report says.

According to Freeways Without Futures 2017, released by the nonprofit Congress for the New Urbanism (CNU), highways like the stub of Route 710 have inflicted major damage on cities by isolating neighborhoods and creating barriers to opportunity and connectivity. When these urban freeways near the end of their lifespans, the report advises, cities can save money by investing in economically productive placemaking strategies instead of costly highway replacements.

“Across the U.S., cities are grappling with what to do with crumbling and aging highway infrastructure: Do we rebuild or remove?” said Lynn Richards, president and CEO of CNU. “Do we sink another 50 years of our resources into concrete and asphalt? Or do we invest in a beautiful, accessible, people-friendly alternative—and seize this opportunity to improve air and water quality, reconnect people to opportunity, reverse urban blight, and save millions in taxpayer dollars?”

For Pasadena, the report says, removing the existing stub of Route 710 and replacing it with a surface boulevard could reconnect Old Pasadena, improve walkability and urban vitality, and avoid costly maintenance fees in the future. Such highway teardown projects have yielded success in cities as diverse as San Francisco, Chattanooga, and Madrid.

Moreover, the report claims, proposed plans for a Route 710 tunnel would exacerbate the damage to nearby neighborhoods and cost billions in taxpayer money.

For Freeways Without Futures 2017, a panel of national transportation experts identified ten U.S. highways as candidates for teardown based on their negative impacts, the possible benefits of removal, and the political feasibility of such a project. The highways named in the report are:

Though cities have successfully removed urban highways dating back as far as the 1970s, the practice has gained momentum in recent years. In 2016, U.S. Transportation Secretary Anthony Foxx announced the Every Place Counts Design Challenge, an initiative designed to help cities reconnect neighborhoods and rebuild connectivity around urban transportation infrastructure.