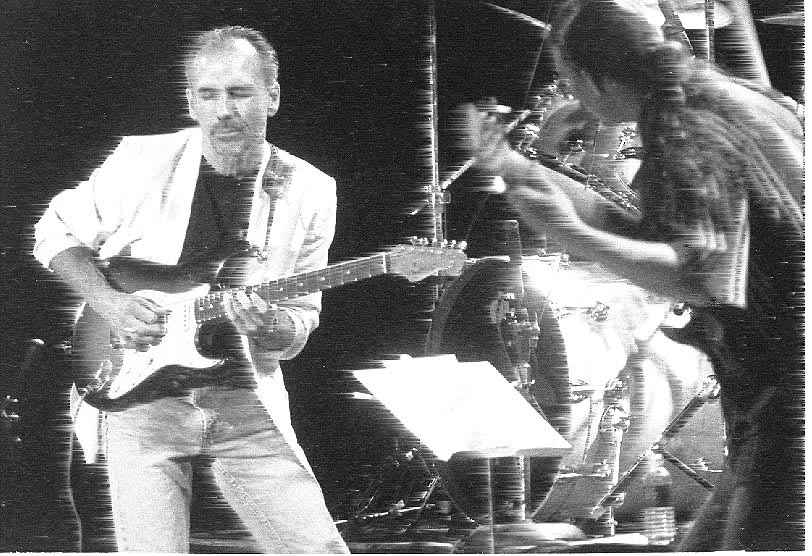 Mr. 335 [a reference to the ubiquitous Gibson ES 335 semi-acoustic Guitar and also his recording studio’s moniker] is arguably the foremost jazz/rock/blues guitar player working today. To see him live is truly magnificent.

From an early age, Carlton has delighted listeners with his melodic and impeccable style that is instantly recognizable as Carlton’s.

From his early days with The Crusaders and Fourplay to studio work with the legendary Steely Dan, Carlton embodies the music he so eloquently creates.

Carlton recorded his debut solo album, With a Little Help from My Friends, in 1968. In the ’70s he built a recording studio and called it Room 335 after his beloved Gibson ES-335. Carlton has recorded most of his albums at Room 335 in Hollywood Hills.

Twenty years after his career started, April 6, 1988, Carlton was the victim of a gunshot assault outside his studio. He was shot in the in throat by a teenager [at point blank range] and suffered nerve and vocal cord damage, which delayed completion of the album he was working on at the time, On Solid Ground.

His left arm was paralyzed and for six months he was unable to play more than a few notes. Carlton told the LA Times that he thought he was going to die.

“I didn’t lose consciousness. I walked about 10 steps and I laid down on the floor and I said, ‘Jesus forgive me my sins and let’s go home. I honestly thought I was going to die,’” Carlton told Chris Heim of the LA Times.

Carlton told the Times reporter that his recovery was “really painful. My left arm was paralyzed. There were no muscles in that arm. I had to start from scratch. There was a time when I could not squeeze toothpaste with that arm.”

After six months of painful recovery and rehabilitation, Carlton regained his ability to play flawlessly to the delight of his huge fan base.

From studio to live gigs, Carlton has been an inexhaustible source of inspiration to budding musicians for five decades.

With magnificent work with Steely Dan’s ‘Katy Lied,’ ‘The Royal Scam,’ ‘Aja’ and ‘Gaucho,’ Carlton truly established himself as a much sort after and deeply respected studio guitar player.

Prior to his Steely Dan years, Carlton worked with Joni Mitchell on several projects and albums, most notably the classic album ‘Court and Spark.’

The acoustically wonderful Arcadia Performing Arts Foundation will present Larry Carlton and his band on Saturday, Jan. 21 at 7:30 p.m.

This truly is one show you cannot miss if you love music in its purest form. I know I won’t!

Tickets, available online by visiting www.arcadiapaf.org, are $20 – $65.  New Year special discount of 20 percent off available with code 20RUSH. Also, a special VIP package is also available for $100 (see website for details.)  The theatre is located at 188 Campus Drive in Arcadia. For more information, please call 626.821.1781.

tmiller Terry Miller has been in the newspaper business for 35 plus years, following in the footsteps of his father who was a Foreign Correspondent for the London Daily Telegraph when the family sailed to New York from London abroad the Queen Mary. When not shooting pictures, chasing a breaking news story. or playing drums, Miller spends entirely too much time and effort with Little British Sports Cars like his beloved 74 MGB...more like an addiction, says his wife of 22 years.